Sgt. Tim Scannell from the Bergen County K9 unit, talks about the effect legalized marijuana could have on the K9 unit trained to sniff it out. Anne-Marie Caruso/NorthJersey.com

Coincidence drove Laszlo, a now-retired Little Ferry police dog, to the biggest bust of his 8-year-career: A stash of $480,000 in drug money secreted deep in the cab of a parked tractor-trailer at the Rodeway Inn Capri.

The New Jersey State Police had been tracking the 18-wheeler, which they thought was laden with drugs, said Det. Ron Callahan, Laszlo’s hander. But Callahan’s German Shepherd instead nosed out the profits: A cash-filled garbage bag that the driver had stored in the same hidden compartment in which he’d smuggled the marijuana.

It was a triumphant moment for dog and handler.

“It was phenomenal,” said Callahan, who still runs the borough’s only K-9, a 4-year-old Belgian Malinois named Quinten. “Not bad for a day’s work.”

But busts like these could be a thing of the past if New Jersey legalizes marijuana, as Gov. Phil Murphy has proposed. Some, like Callahan, worry that if the law changes, K-9 units filled with expensive dogs already taught to find cannabis and other drugs will see their value shrink accordingly. And others wonder what will happen if legalization keeps police from using the probable cause lent by a small amount of marijuana to find larger caches of guns and drugs.

The governor has made legalization a priority. But how state legislators will approach it is opaque — there are more than a dozen proposed marijuana-related bills, and lawmakers are still unsure if they’ll embrace either decriminalization or recreational use.

«There’s a lot of pieces to this puzzle that no one has answers to,» Verdi said. «The outline is done, but the whole middle is empty.”

Not knowing the next step

Middlesex County Sheriff Mildred Scott confirmed that her office’s police dog is trained to detect marijuana. She declined to comment on what might happen if marijuana becomes decriminalized or legalized, and officials in Hunterdon and Somerset counties they are still looking at the issue and had no comment at this time.

Tim Pino, the retired police K9 unit commander of the Somerset County Sheriff’s office, is worried that if the legislature passes a legalization law precipitously, approximately 150 currently trained drug-detection police dogs in the state will be forced to retire.

«New Jersey has a well-documented opioid addiction issue,» he said. «These specially trained Drug Detection Dogs have all learned the marijuana imprint as part of their certifications to be on our streets. It’s the easiest scent for the police K-9’s to learn and usually the first scent they learn before being introduced to cocaine, crack cocaine, heroin, methamphetamines and uncirculated U.S. Currency. So what that means is all of the current police drug dogs around the state will have to be immediately retired off (quite an expense to the taxpayers), and new drug dogs would have to be purchased and trained (without knowing the marijuana imprint) and then put back on the road to patrol.»

He estimates that this cycle would take anywhere up to 12 months.

«I don’t think this state in good conscience can do that (not have any drug dogs available for that long) with the current state of NJ ‘s opioid crisis,» he added. «Our children are our number one asset and we need to continue protect them 24/7 with the great police drug dogs around the state.» 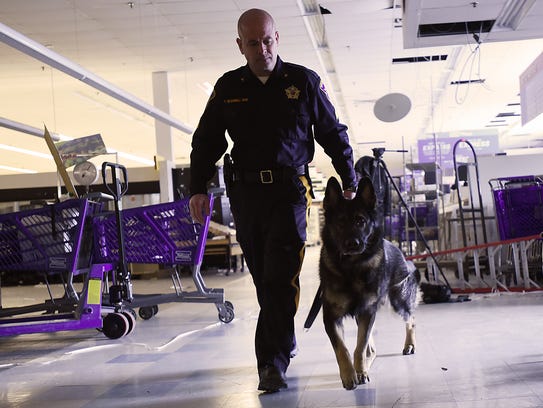 This is a particularly knotty issuefor K-9s, especially after a Colorado court ruled last summer that if a police dog is trained to smell marijuana, police cannot rely solely on its alert as justification for searching a car.

The decision, put forth by a three-judge panel, stems from a 2015 case in which a police dog named Kilo alerted officers to the presence of an illegal drug in a truck driven by Kevin McKnight, a Colorado resident. Police searched the car and found a meth pipe with white residue. McKnight was later convicted of drug-related offenses.

But the panel deemed the search illegal because, even though there was no marijuana in the car, Kilo was still trained to find pot. Colorado residents over age 21 can legally possess certain amounts of the drug, and Kilo couldn’t tell officers what drug he smelled or in what quantity.

So there was no way to know if Kilo «hit» on a now-legal substance. And because McKnight did not give any indication he was impaired, the officers did not have sufficient probable cause to search the truck, the ruling said.

The state’s Supreme Court will reportedly review the case. But still, it’s led many Colorado police departments to stop training young K-9s to find cannabis, and only focus on harder drugs.

Some officers in New Jersey are already following suit. But Dennis Burke, an under sheriff in Union County who supervises K-9 units, said that since the Colorado decision, his office has seen no lessening of calls for assistance.

«We’re a support division, not a patrol division,» he said. «We don’t initiate searches, but rather we respond to requests for assistance from other agencies, such as municipal police departments. If they stop a car and suspect drugs, they call us and we come with one of our dogs and do what we call an ‘open air sweep.’ «

Burke said that all five of the dogs trained to detect illegal drugs are imprinted on marijuana, and his department is taking a ‘wait and see’ approach to the issue.

«We have a full compliment and don’t need to replace any of the dogs at this time. We’re consulting with the state police and other agencies,» Burke said. 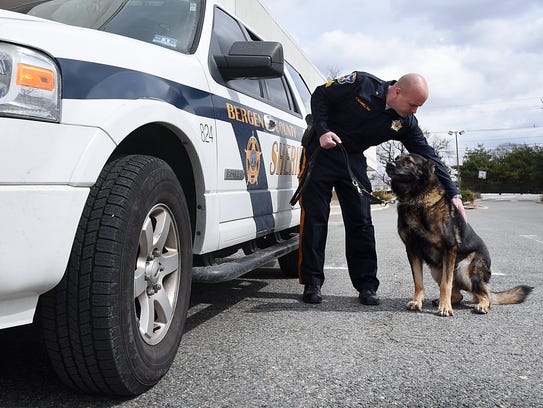 At the vacant Pathmark on Maple Avenue in Fair Lawn  Sgt. Timothy Scannell led a handful of K-9 handlers from departments across the state as they taught their dogs to sniff out hidden bags of heroin and cocaine.Conspicuously absent from the months-long class is marijuana. Scannell, who leads the Bergen County Sheriff’s Office’s 21-dog unit, only trains dogs on the drug if the local chief specifically requests it.

His reasoning is simple: It’s easy to teach a dog to find pot. But it’s nearly impossible for the canine to forget a scent it’s learned.

“If you show that you trained that dog and he found marijuana 900 times, and then all of a sudden you told him not to find it … I don’t know if that’s going to hold up in court,” Scannell said.

When will marijuana be legal to possess, and in what quantities? Can it be transported? Will there be an age limit for possession?

“Most K-9 units are not doing anything until they get guidance from their court system,” Fleck said.

The law’s exceptions will likely keep police dogs off the bread line, said David Ferland, a former handler who is the executive director of the United States Police Canine Association.

“Officers still want to find marijuana,” Ferland said. “It’s not like they’re not going to be not searching … we’re just not going to be able to prosecute minor amounts. A pound is probably still going to be illegal in New Jersey.”

In a Wednesday email, a spokesman for the state Attorney General said the office was gathering information from other agencies to prepare for possible legalization, including its impact on K-9 training. But the spokesman did not reply to a request to elaborate.

The Passaic County Sheriff’s Office is taking a similar tack, said Sgt. Jamie Tangorra, commander of its 15-handler K-9 unit. Two of its rookie police dogs, which generally cost upward of $7,000 each, were not trained to seek marijuana, he said.

“We may put it in the future — a year from now, if nothing is passed or it gets voted down,” Tangorra said. “We’re taking the conservative approach.”

Still, the affect will be more pronounced in small towns like Little Ferry, which might strain under the cost of buying and training a police dog if there’s little payoff.

“You’re kind of done with that,” Verdi, the police chief, said. “A town like us — this will probably be the last K-9 we see.”