Girls who were sexually exploited online by a Broome County man’s nine-member group will enter a Michigan federal court in December. They’ll speak to a judge about how the crimes have impacted their young lives.

To ease the emotional challenge of sharing intimate and graphic details in a public courtroom as the defendants are sentenced, prosecutors in the U.S. Attorney’s Office intend to enlist a 5-year-old black Labrador named Lance.

A request for the court to allow the support animal to accompany victims was recently approved by a federal judge. April Russo, the Michigan-based Assistant U.S. Attorney prosecuting Broome County resident Christian Maire and co-conspirators who operated an internet child sexual exploitation enterprise, made the pitch in court documents.

«To minimize complications and distractions during sentencing, the court will not permit Lance to accompany victims to the podium or during testimony,» Judge Stephen Murphy decided Tuesday. «The government may bring Lance to the courtroom gallery and in the hallway outside to assist the victims.»

Maire and his co-defendants are scheduled to be sentenced Dec. 5.

How Lance can help the victims

Court documents from Russo detail the victims’ psychological wounds and how the use of a therapy dog could help in the courtroom.

«The use of a service dog will assist the victims who attend sentencing by helping to decrease their anxiety about seeing the eight adult male defendants in court,» Russo said in court documents. «If they choose to speak, their statements will be easier to understand if they are composed, rather than distraught.»

Read the full document at the end of this article 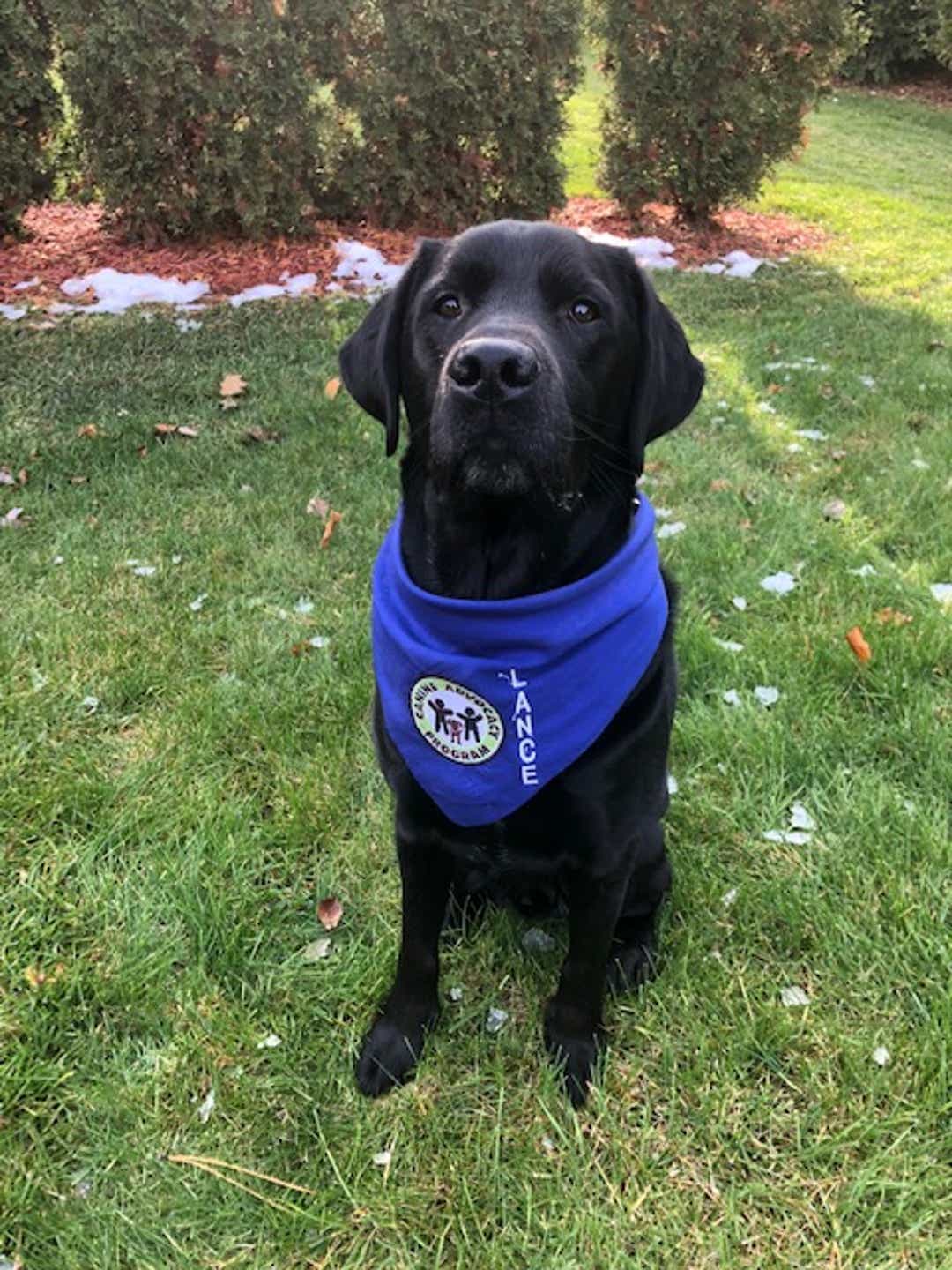 Russo said Maire, 40, and his co-conspirators in different states victimized hundreds of teenage and pre-teen girls, going back to January 2012. 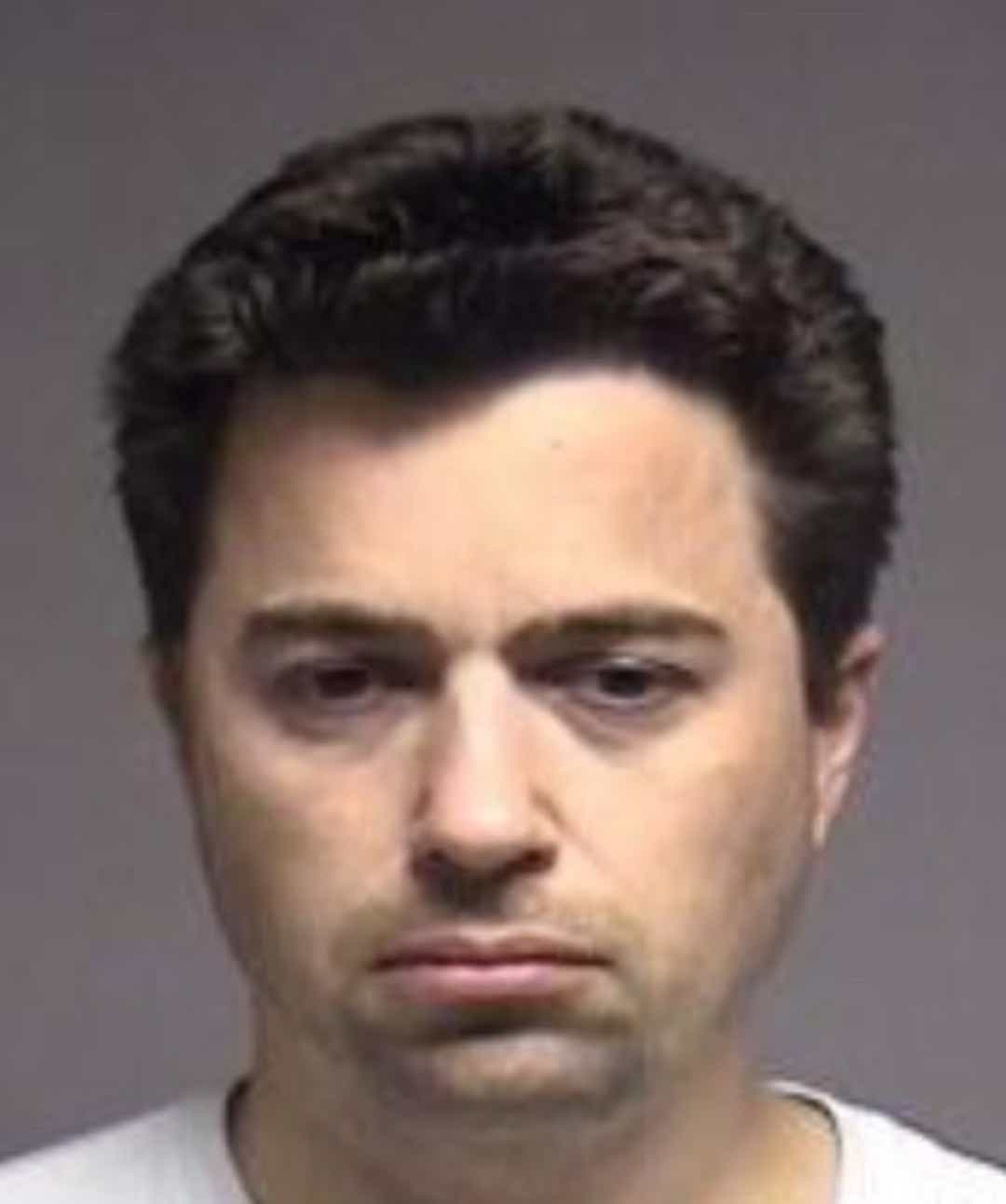 The FBI said victims — the youngest was 10 years old — included girls in Michigan, Oklahoma and Canada.

«Almost all if not all of the minor victims in this case are depressed or in therapy, and several have suicidal intentions,» Russo said in court documents. «Some of them have attempted suicide.»

One of the victims pays for a permanent therapy dog in her home, according to Russo, who revealed more about some of the girls who will attend the December sentencing hearings:

Victim No. 16: Now 16 years old, she and her family moved because of the crime and concerns about safety. The girl deals with depression symptoms and is in therapy.

Victim No. 17: Now 16 years old, she tried to commit suicide within the past year, and attends weekly therapy sessions. She also hit a brick wall and injured her hand.

Victim No. 19: Now 14 years old, she has been seeing a therapist for more than a year due to major depression. She has a permanent therapy dog at home that her family pays for.

What is a therapy dog?

The American Kennel Association says therapy dogs are trained and go with their owners to volunteer in settings such as schools, hospitals and nursing homes.

They are also used in courtroom settings, subject to a judge’s approval, to sit with victims or witnesses giving testimony. Dogs must complete a series of training requirements before they can be used for therapy purposes.

Lance, who would be assisting in the federal sexual exploitation case, was trained by Leader Dogs for the Blind, a Michigan-based nonprofit. Russo said Lance has appeared in many courtrooms, including some jury trials.

Dan Cojanu, vice president and program director of the Canine Advocacy Program in Michigan, which trained Lance, said each dog is evaluated for temperament before being placed in the program.

«We normally work with young children and prep them for court by reducing their anxiety utilizing the dog,» he said. «Once we reduce the anxiety, they are able to testify with less stress.»

Lance proved a quick study for his training. Cojanu said it took the Labrador about two weeks to be ready to assist victims in the courtroom.

The trained dogs are also called «canine advocates» by their handlers, because of the specialized work they perform.

Her specialty is helping special victims, including children, who have been abused and might have to testify in criminal cases. Cornwell said in 2016 that one child witness went from trembling to very calm about the experience of testifying before a grand jury, as Bean cuddled up on the witness chair.

Helpful canines: Service dog gets his own class picture in middle school’s yearbook

How the suspects were caught

Maire and his co-conspirators pretended to be teenage boys or girls online and convicted their victims to engage in sexual activity over the internet, some of which was recorded, according to the U.S. Attorney’s Office.

During online group chats, Maire and his co-defendants organized strategies for targeting victims. The defendants also used online chats to celebrate their successes in convincing girls to engage in sex acts on camera.

Authorities followed an online trail in late June of 2017 after interviewing one teenage victim in Michigan, which is why the prosecution has been based there.

FBI agents said they identified Maire as one of the suspects by tracking his internet address to his residence, where he was arrested Oct. 23, 2017.

Similar tactics were employed to track down the other defendants:

The penalties Maire and his co-conspirators face could be at least 20 years in federal prison. A judge will have the final say at the sentencing hearings.