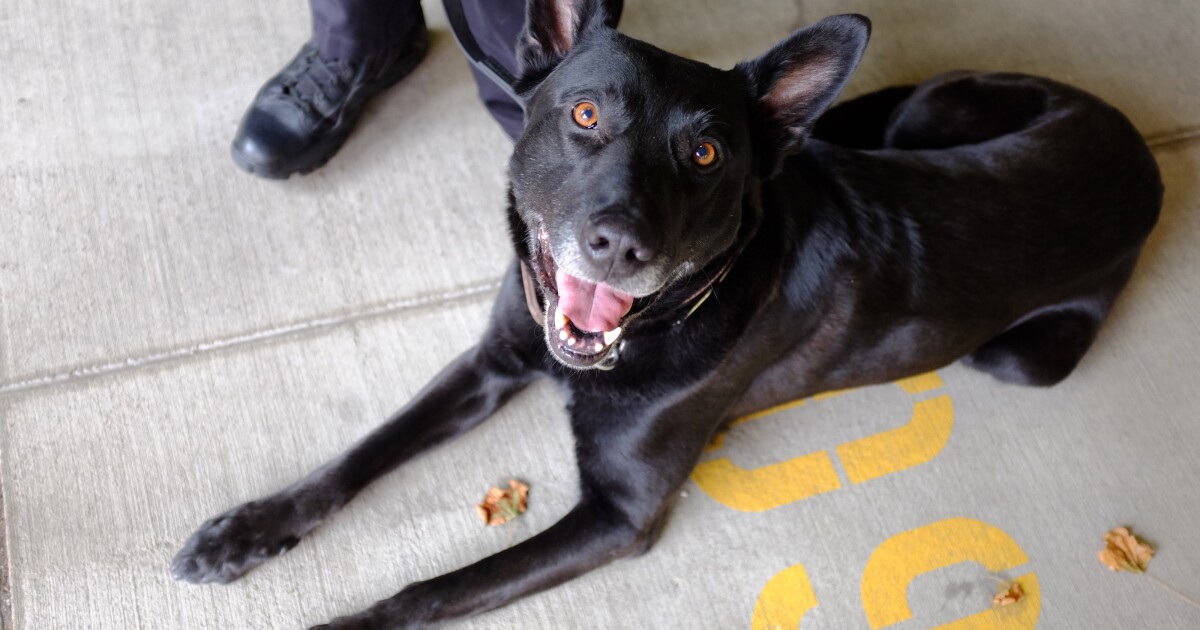 The thing about legal pot is that—particularly to a highly trained canine nose—it still smells like a Schedule 1 narcotic. Recreational pot use is legal in Colorado, Washington, Nevada, California and (soon) New Jersey. The movement will continue its steady state-by-state march. Yet to the drug-sniffing dogs staffing those states’ police departments and patrolling our border, the stuff smells same as ever.

“If that decision gets made for legalization,” said criminology professor and K9 training expert Charlie Mesloh, “It’s going to be a catastrophic change.” Here Mesloh refers to the specter of national legalization—a not-too-distant likelihood under a future presidential administration—because, with dogs currently in the field mostly trained on marijuana, “For most agencies, it’s going to be easier to pull the dogs off the road, even at the cost of $10,000 per dog.”

Attempting to re-train dogs not to detect cannabis at all wouldn’t be worth it, he explains, because of inevitable challenges to their credibility in court. “ Isn’t this dog originally trained to detect cannabis? Couldn’t this dog be making a mistake?,” any defense attorney with half a brain would ask. “It’s easier to pull the dog out of service than to start losing your cases.”

Dogs can detect latent cannabis smells sometimes several days later, he and other sources familiar with drug-sniffing dogs say. “Normally when you get a residual odor, you’d scour the car for residue to confirm the dog wasn’t just alerting on an empty vehicle. Some of these cars are just hot for odor.”

And if a defense attorney persuades a court to throw out a search on grounds that legal cannabis detection was, or may have been, its catalyst? “Lawyers are going to be exploiting the fact that a dog was trained on cannabis—and they’re going to be very good at it,” Mesloh anticipates. “It’s going to be such a burden. 80 percent of the law enforcement agencies in this country probably aren’t going to be able to afford to replace them.”

If Mesloh’s right, and dogs trained on cannabis will have to retire en masse in the event of national recreational legalization, we’re looking at a generation of bored and depressed German shepherds and Belgian Malinois. “They have a huge drive. They’re very strong, sometimes too strong,” he said. “The stress of retirement would depend on the age of the dog, but dogs at two or three they’re pro-athletes—and they know it.”

And when Canada’s national legalization of recreational marijuana takes effect later this month, the northern border’s ports of entry will descend into one kind of cannabinoid chaos. Because federal law reigns on the border, dogs’ jobs there won’t change. In other words: Much like their human counterparts, quadrupedal federal employees have better job security than they would at the state level.

As a result, Seattle-based immigration lawyer Len Saunders says he sees cannabis detection at the Canadian border as a “boom part of my business.” Already now, and only more so in the coming weeks, Canadians are being denied entry and, sometimes, barred for life from returning to the U.S. when they’ve try to carry marijuana across the border—or simply forgotten to clear it out of their cars before crossing—and the dogs sniff it out. “Because with legalization, you know more people are going to be buying it because it’s legal, and they’re going to be buying it in their cars.”

U.S. border patrol has no plans to accomodate Canadians’ accidentally crossing with legal cannabis. “Our dogs are already trained on marijuana—and that’s not going to change,” a Customs and Border Protection spokeswoman says. “It does remain illegal in the United States. It still will be illegal to have it at the border. Nothing is changing at the U.S. side,” she added, firmly. It’s up to Canada to publicize the widening rift between their laws and ours, and their border patrol has led an online campaign to remind tokers to keep their controlled substance safely at home.

Still, the spokeswoman said, “Our dogs definitely do alert on cars that have the residue. That has always been the case. That’s how our canines are trained.” And, “If there are more people now that are using marijuana and coming across the border with that residue, it may cause additional alerts,” she allowed. “But, again, from the CBP standpoint, nothing is changing.”

With Canada’s coming legalization, Saunders had dollar signs swimming in front his eyes, cartoon-style, he admitted. “It’s going to happen more often. I can just see it,” he said, of accidental crossings with cannabis. “I’m sure the Canadian dogs will have to be retrained because it’s not illegal, but the U.S. federal dogs are definitely not being retrained.” A client of his, just a few days before, had crossed the border in a used car he’d recently purchased for his daughter, Saunders told me. A hardworking Belgian Malinois smelled Saunders’ client’s card and “went crazy,” he said. After a search turned up no stash, the handler asked him how long ago he’d purchased the car—two months, he said—and determined the previous owner must have left marijuana residue.

Partly to avoid such false alarms in states where marijuana is aleady legal, or will be soon, a sizable minority of new drug-sniffing dogs—about a quarter, at the state and local levels—aren’t being trained to detect cannabis at all anymore, according to Lou Ferland, the executive director of the United States Police Canine Association.

“Lawyers are going to argue that a dog detecting minor amounts of marijuana should not be getting deployed,” he said, explaining that there is no simple way to train a dog to differentiate between large and small quantities. Newly legal amounts of marijuana will smell the same as a smugglers’ haul to a well-trained nose.

For most policing agencies, drug-sniffing dogs are trained on a whole suite of scents, Ferland explained. About 40 percent are German shepherds, and 40 percent are Belgian Malinois—while the other 20 percent are a mix of Labradors, bloodhounds, border collies, and beagles. “They can search buildings, find lost people, and find narcotics or explosives, but not both,” Ferland said. Beagles, for example, are customs officials: They patrol international airports, sniffing out exotic fruits.

Training these dogs not to detect a scent they’ve learned—like cannabis—is basically impossible, he explained. Thus, a growing minority of agencies train their dogs to ignore marijuana entirely. “Smuggling may be occuring in those states, and they’ve decided not to use a powerful tool,” he noted, disapprovingly.

It’s preferable to retiring cannabis-trained dogs when they’re in their prime, just because of a change in the law. “That would be like taking a three-year-old race horse and saying, We’re not going to race you anymore.” For a working dog to retire happily, they need constant mental and physical stimulation.

Retiring dogs as marijuana legalization sweeps the states would be a shame, Ferland said. A retired police chief, he added that he’d be surprised—and disappointed—if courts caved to defense attorneys’ arguments, causing premature canine retirements “Throwing the baby out with the bath water would be a disservice,” as he put it, “It would be a real shame, especially if it’s just because of a single odor.”